When it comes to choosing a coastal vacation in India, the southwestern states often win. Goa and Kerala’s balmy shores draw sun-worshippers from across the globe with their sophisticated blend of laid-back luxury. However, India’s eastern coast offers a far quieter escape. Circling the tropical teal waters of the Bay of Bengal, this bracelet of beaches runs from West Bengal to Tamil Nadu, and includes the bright jewels of the Andaman and Nicobar Islands. From a vast selection, we point out the most idyllic beaches on the east coast of India. 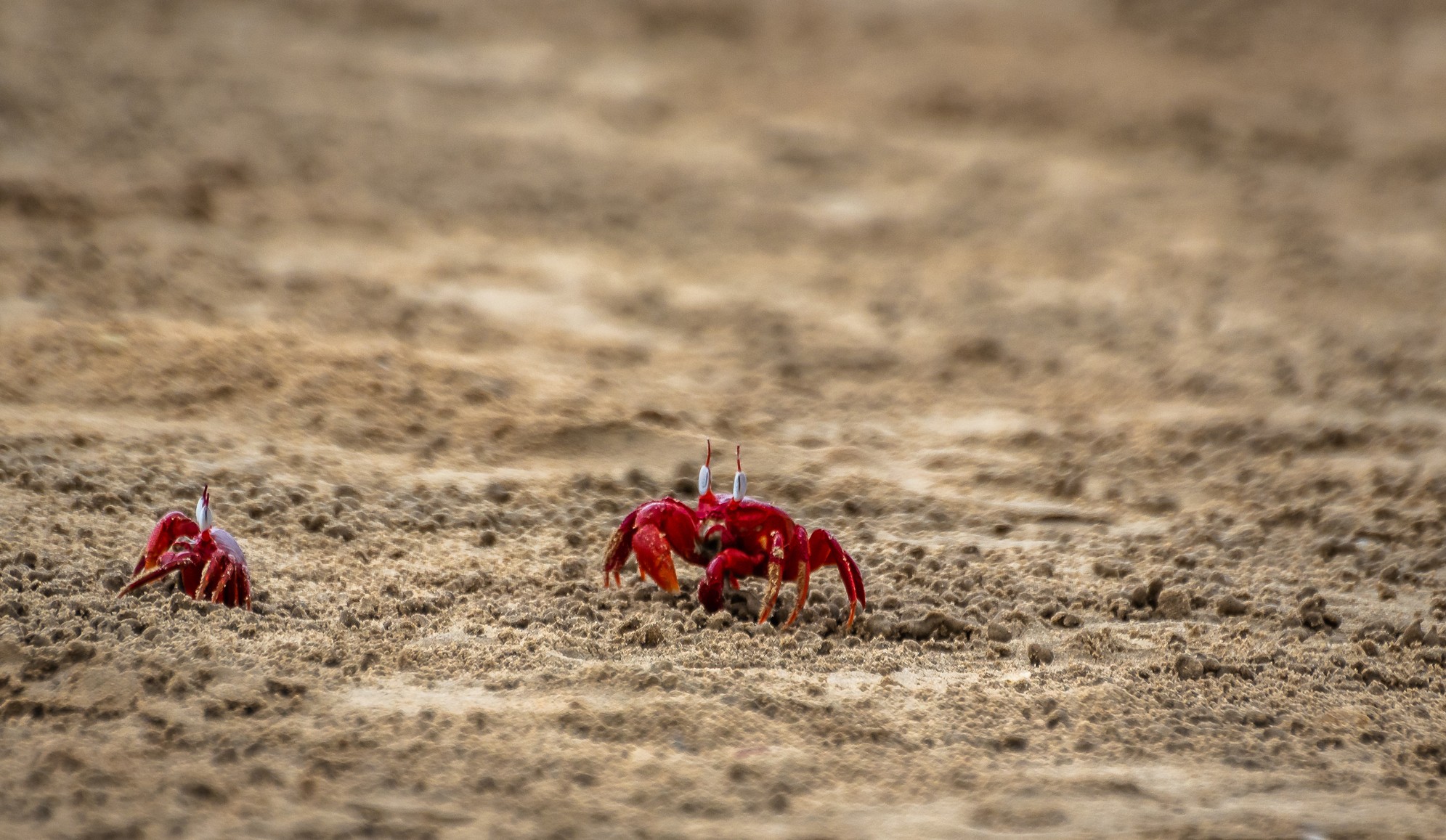 West Bengal’s rich history as the East India Company’s principal headquarters mark its capital Kolkata as a fascinating destination. But it’s not all about the city break here. The secluded stretch of Mandarmani is among the best beaches on the east coast of India—its paradisiacal palm-fringed sands and luxury resorts are a favorite among honeymooners. Arrive in time for sunset to witness the rosy blush of tiny crimson crabs gathering upon the shore. Just across the Hooghly Delta is Bakkhali Beach. Impossibly broad, its gentle, shallow waves and crystalline, warm waters make it an ideal choice for a beach vacation in India. 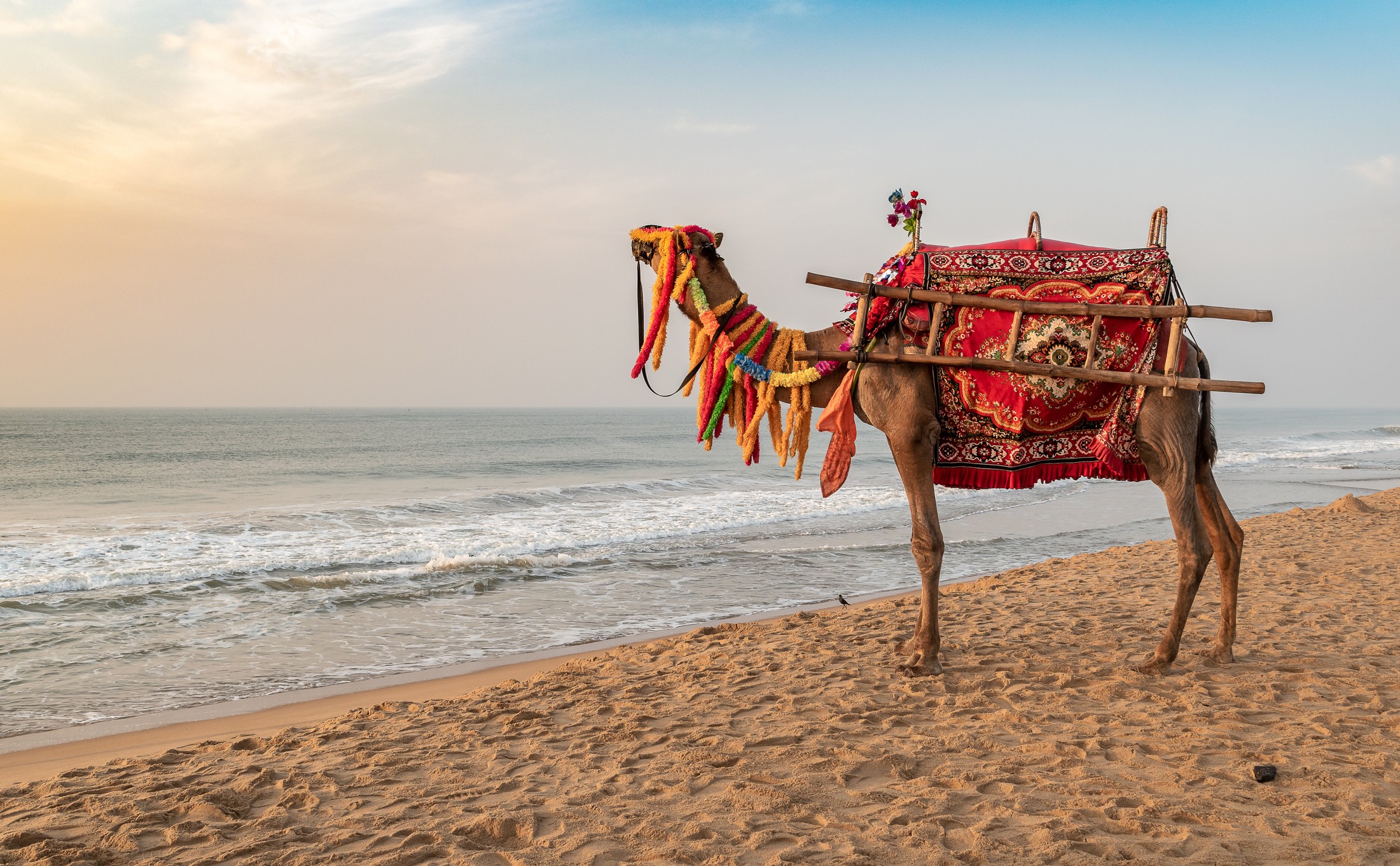 No account of the most pristine beaches on the east coast of India would be complete without a mention of Puri in Odisha. This shore is endless, spooling out for seven kilometres and fulfilling every promise of a satisfying beach walk. The ocean is not the only draw here. Head into town to admire the soaring Jagannath Temple, one of India’s most revered pilgrimage sites. Further south in Rushikonda, there’s plenty to entertain alongside the beautiful jungle-backed beach. From the eerie, subterranean Borra Caves to the ornate golden thrust of the Simhachalam hill temple, this is a stop for those seeking more than just a luxury family holiday in India. 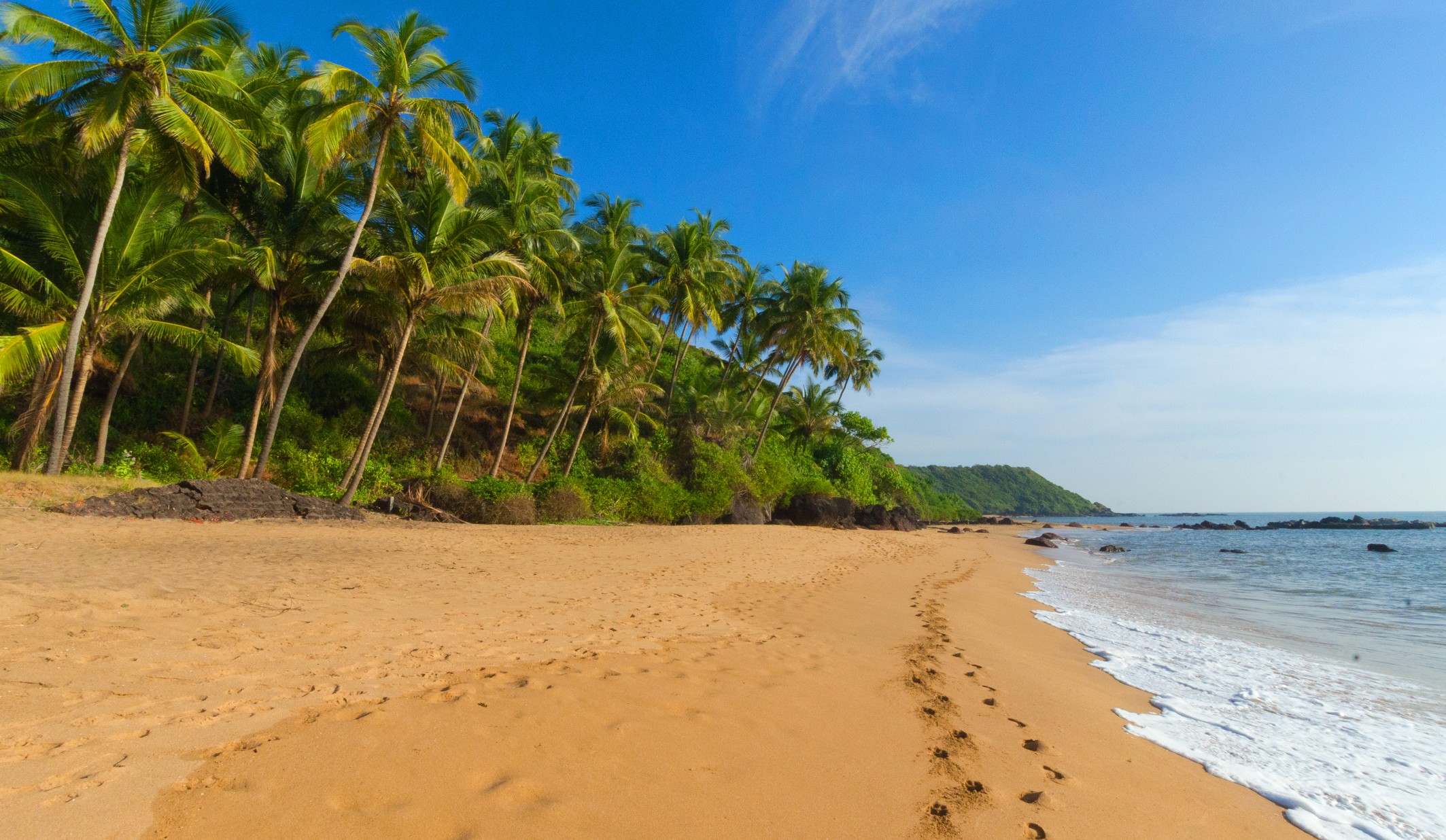 The coast of India’s most south eastern state is laced with prime, porcelain sands, marking Tamil Nadu as an ideal luxury destination. The ones that stand out from the rest, however, are Puducherry’s Paradise Beach and Tranquebar’s Tharangambadi Beach. Both continue to bear intriguing continental influences, with the former infused with a Francophone elegance and the latter set against the imposing backdrop of the Danish Fort. For a more local taste of history, Mamallapuram Beach leads to the 8th-century Shore Temple. 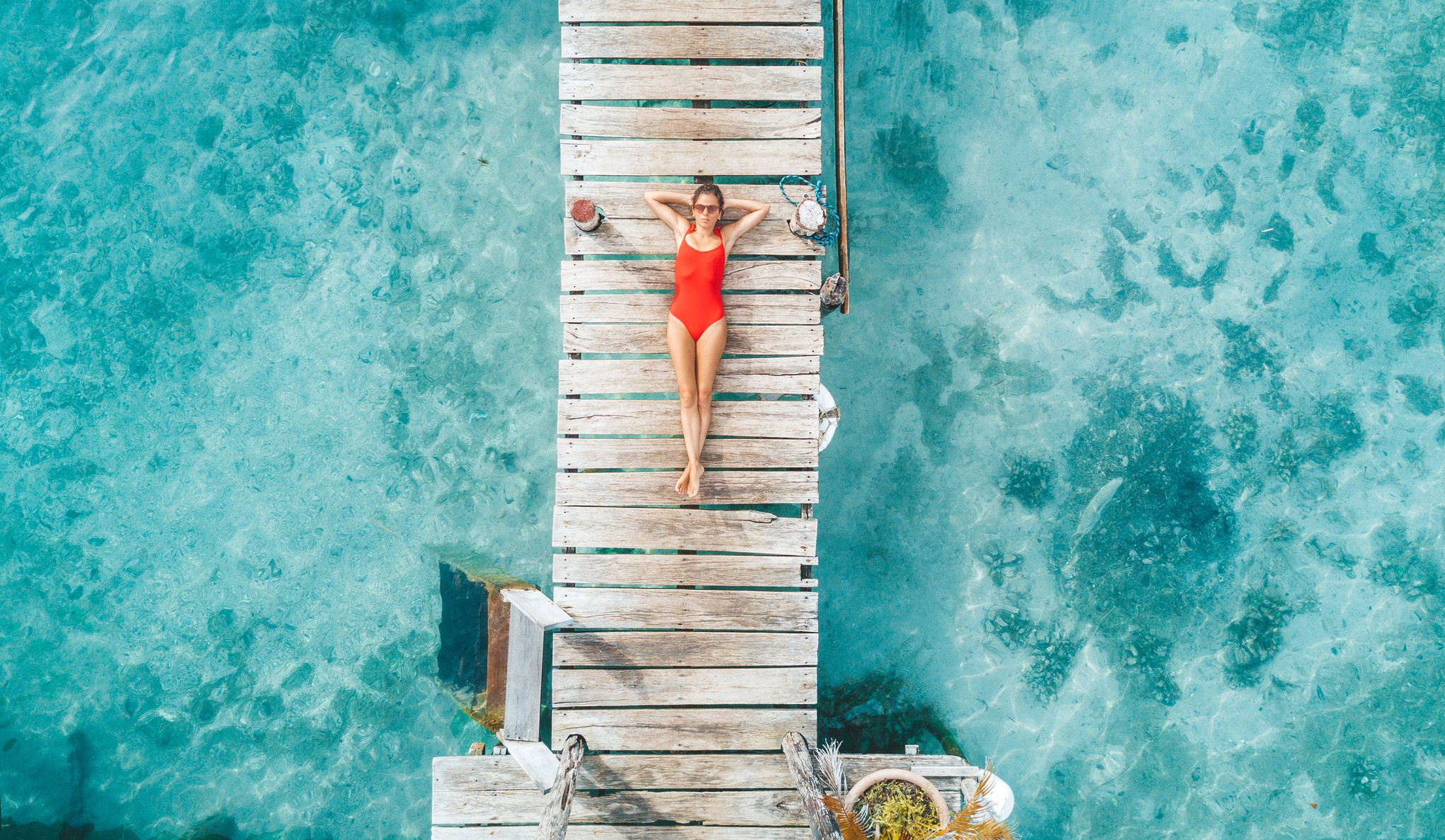 Despite its string of beautiful shores, the prize for the best beaches on the east coast of India goes to the Andaman and Nicobar Islands. Choose from the glassy tranquillity of Lalaji Bay Beach, the desert-island vibes of Long Island, Havelock Island’s pearlescent Elephant Beach and Beach No. 7, and the porcelain expanse of Bharatpur Beach. Leading the pack, however, are the twin islands of Ross and Smith Islands, interconnected by a serene sand bar. 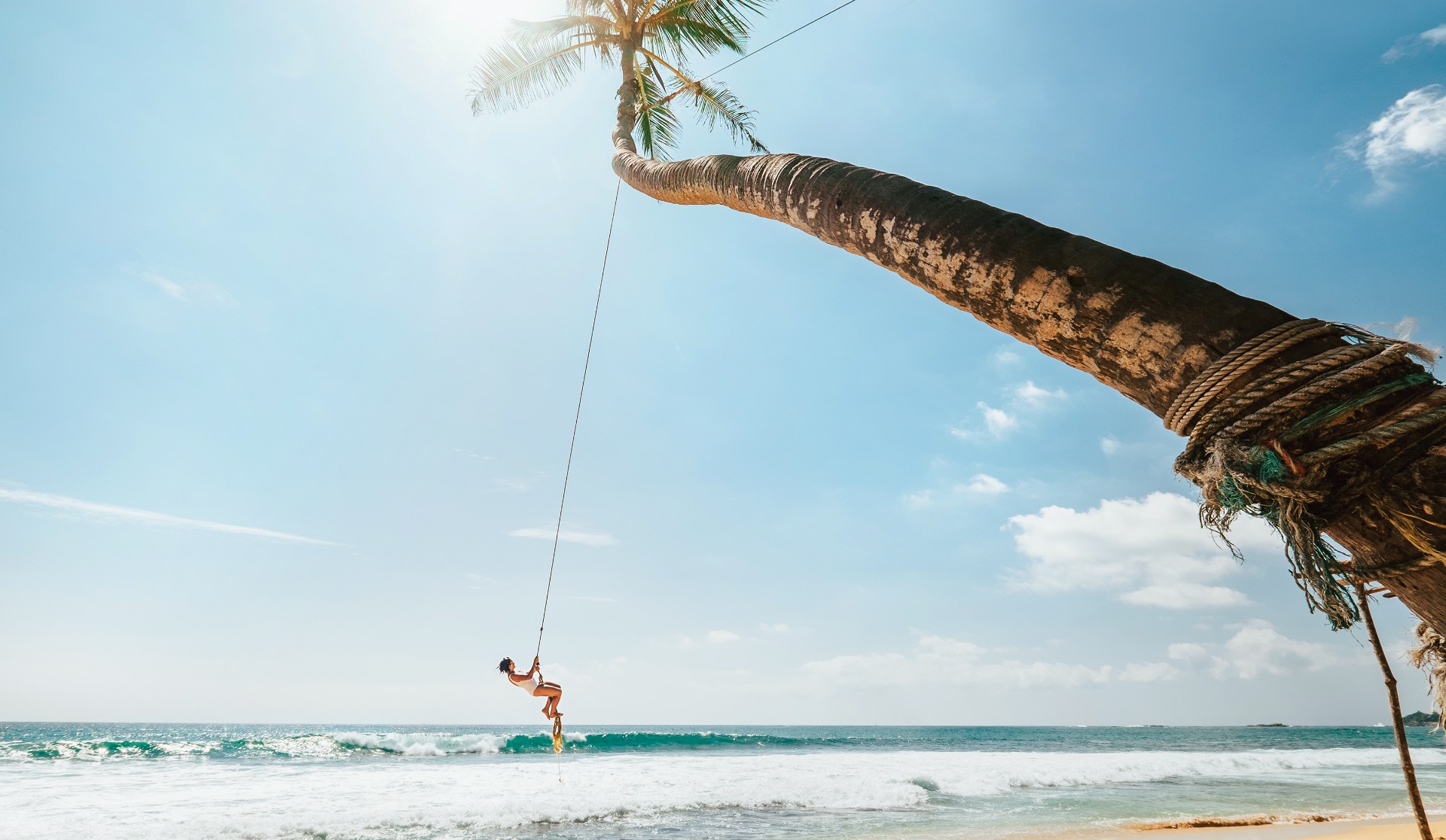 Stick a pin on a map of Sri Lanka, an island nation off the tip of India’s east coast, and it will inevitably land in a place of extraordinary natural beauty. Even better if the pin angles towards the coast, where the possibilities of a beach holiday in Sri Lanka glide indulgently from Arugam Bay in the east to Hikkaduwa in the west. South of Colombo towards the laid-back city of Galle is the lovely Aditya Resort, peering coolly over the palms at the idyllic, golden sands of Rathgama Beach.

Want to get away from some of India’s most popular (and crowded) sites? Eager to discover a new, unexplored part of the country? If you’re…

Eight of the Best Secret Beaches in India

While Goa’s Anjuna and Kerala’s Varkala might be staples on any worldly sun-worshipper’s itinerary, there are more beautiful—and less populated—options in India. With a coastline…

There’s no religion more color-saturated than Hinduism. India is a country that erupts every spring with rainbows of Holi powder, where temples are painted in vivid…