For millennia, Varanasi has captured the imaginations of travelers to India. This ancient settlement – whose history stretches back to the 11th century BCE – isn’t only one of the oldest continually occupied cities in the world; it’s also one of the subcontinent’s holiest landmarks. Prepare to experience the sacred Ganges River, the stunning ghats leading up to its waters, and no shortage of religious ceremonies – but also seek solace in tea ceremonies, luxurious hotel stays and stunning wildlife refuges. Begin your discovery of this gorgeously chaotic city, then, with our suggestions for 10 of the top things to do in Varanasi. There’s certainly no other destination like it. 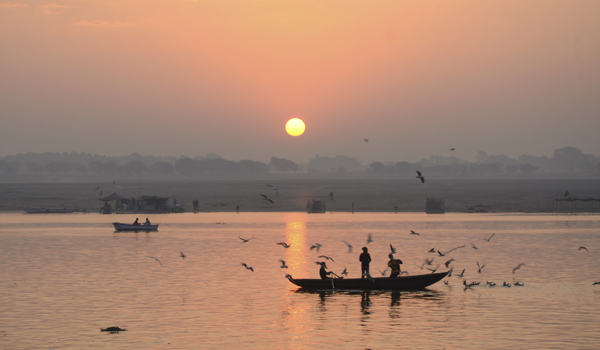 Varanasi is utterly inseparable from the Ganges, or Ganga, River – known in Hindu theology as a goddess, the river is said to purify devotees of their sins. If you’re not inclined to bathe yourself, the best way to experience its beauty is during a dawn boat ride. As the sky turns various pastel hues and birds circle around the ghats, a languorous trip is sure to spellbind.

Among the top things to do in Varanasi, few are as peaceable as an escape to the Ganges View Hotel. A restored colonial mansion filled with historic furnishings and artefacts, the Ganges View is also host to a delightful tea ceremony – a cup of chai is just the thing to recover with after a busy afternoon of explorations. 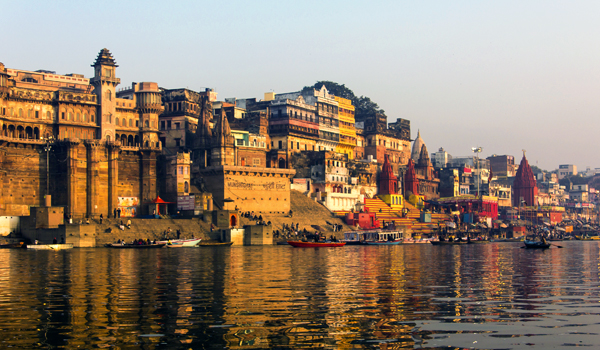 Referring to the steps that lead down into the Ganges, the Varanasi ghats are an iconic symbol of the city. While there are close to 100 separate ghats, one of the most scenic and visitor-friendly is the Assi Ghat. Home at any given moment to worshippers and travelers of all stripes, it’s also a frequent host to festivals and other ceremonies.

The Golden Temple at Amritsar isn’t the only gilded landmark in India worth discovering. Enter the Shri Kashi Vishwanath Temple – the best-known temple in Varanasi, and practically unmissable thanks to its gleaming spires. 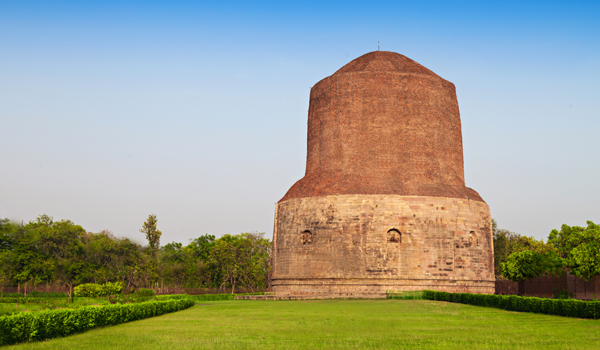 Located on the edge of Varanasi, the city of Sarnath continues the theme of sacred sights, though it’s Buddhists, not Hindus, who make the pilgrimage here. Once home to Gautama Buddha, the ancient settlement hosts stupas and other landmarks that date to over 2,000 years old; they’re still in impressive condition today.

Outside of the heart of bustling Varanasi, you’ll find one of Uttar Pradesh’s prettiest oases: the Chandra Prabha Wildlife Sanctuary, which was founded in the 1950s. Today the lush and leafy destination is home to gazelles, boars, and pythons, as well as hundreds of avian species. 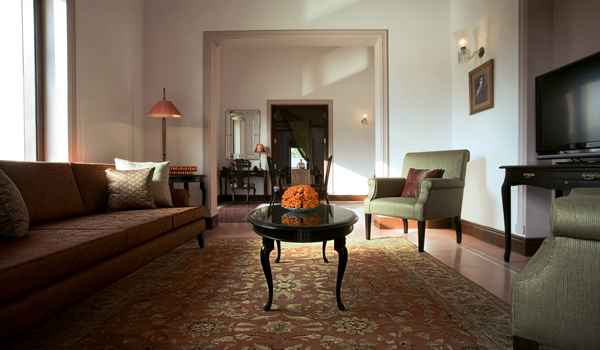 If you’re looking to pair your Varanasi visit with a touch of opulence, make the Taj Nadesar Palace your first port of call. Long host to royalty and celebrities, the hotel offers 10 high-end suites, a Jiva-brand spa and hosts nature walks of the surrounding area.

Charmingly dilapidated, the 18th century Ramnagar Fort is a crumbling vestige of another era. The sandstone structure, which abuts the Ganges, is still striking to behold, while the on-site Saraswati Bhawan museum hosts an eccentric collection of artefacts.

Aarti Ceremony at the Dashashwamedh Ghat 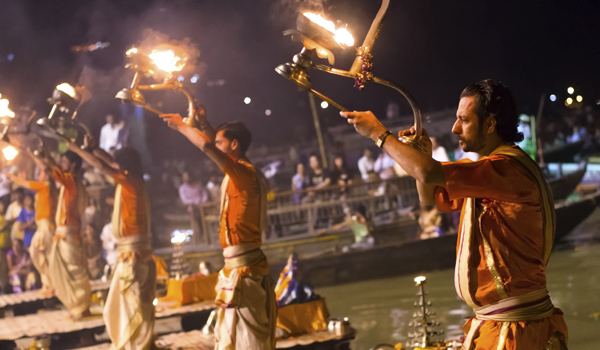 Among the top things to do in Varanasi, the traditional Aarti ceremony is doubtless one of the most memorable. Each evening, the sprawling Dashashwamedh Ghat plays host to the elaborate religious ritual, which is marked by its flame-lit choreography as fire and flowers are offered to the Goddess Ganga.

For a haunting experience of Varanasi’s local culture, schedule some time for a trip to the International Music Center Ashram. Work on your Indian classical scales during a singing lesson, or attend performances by the ashram’s talented family musicians.