The Ganges is more than just a river. A colossal waterway that’s born in the glaciers of the Himalayas and threads its way across thousands of miles of countryside before emptying into the Bay of Bengal, it’s a lifeline for millions. The river, the third largest on Earth, is also considered a sacred entity by Hindus: it is a goddess, the Ganga. In cities from Varanasi to Kolkata, it’s also a site of color and life and drama, where religious rituals, quiet fishing boats, and river cruisers coexist.

To travel the Ganges is to discover a quintessential aspect of Indian life—and visitors have more choice than ever when it comes to getting up close and personal with the mighty river. Here are five beautiful ways to explore the Ganges on your next whirlwind tour of the Subcontinent. 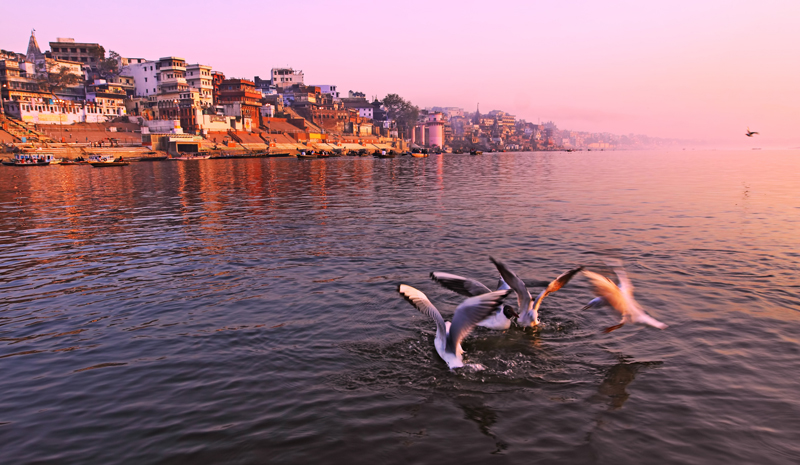 Frenetic Varanasi, and its teeming ghats, presents a sensory whirlwind most of the time. But for a more tranquil perspective on one of the world’s oldest cities, visit the Ganges at dawn for a sunrise boat tour. From the water, you can take in the morning mist, the religious pilgrims at the river’s edge, the sounds of the city beginning to rise, and a peaceful view of the ghats before they fill with color and hubbub. 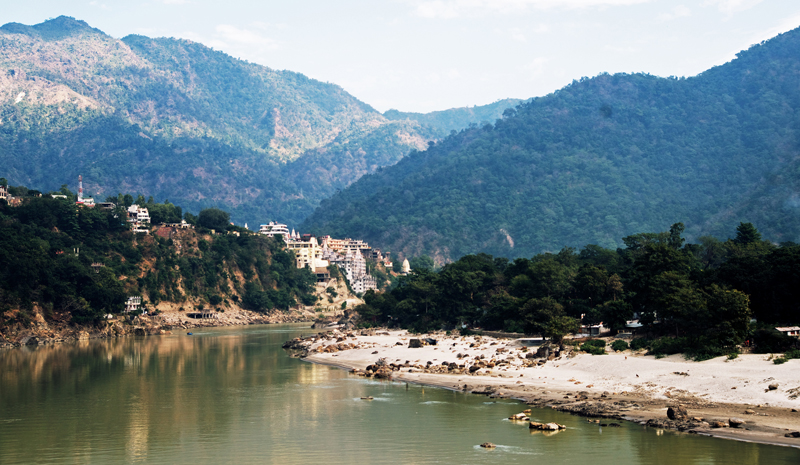 In Rishikesh, the Ganges is closer to its source: glacier-pure, roiling with rapids, and framed by lovely forests and peaks. To best discover this magical North Indian destination, an adventurous excursion is in order. As you go, discover the many shrines, and the sadhus who frequent them, within the river’s vicinity. To cap off your Rishikesh experience, you can even embark on a white-water rafting trip through the river’s quick-moving currents. 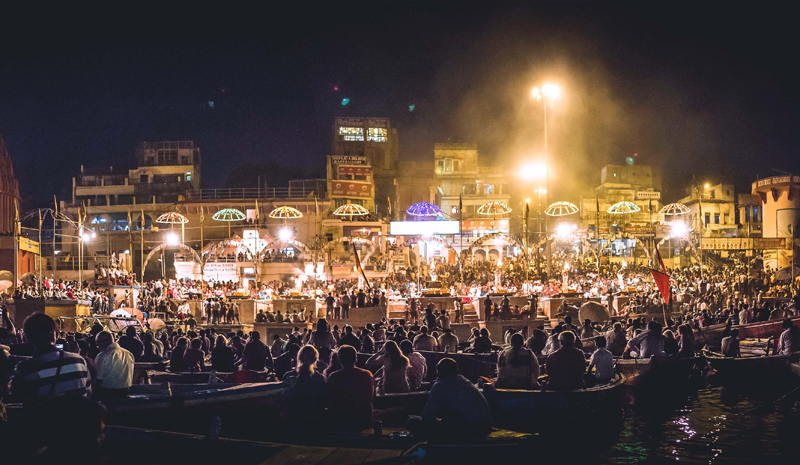 Varanasi is beautiful at sunrise, but at sunset, scenes around the Ganges take on an entirely different aspect. As dusk falls, the Ganga Aarti is performed: a religious ritual which attracts pilgrims as well as casual sightseers, the ceremony sees a fire offering given to the Goddess Ganga. It’s an incredible spectacle to witness—and should you venture further, note that it’s also performed in Haridwar and Rishikesh. 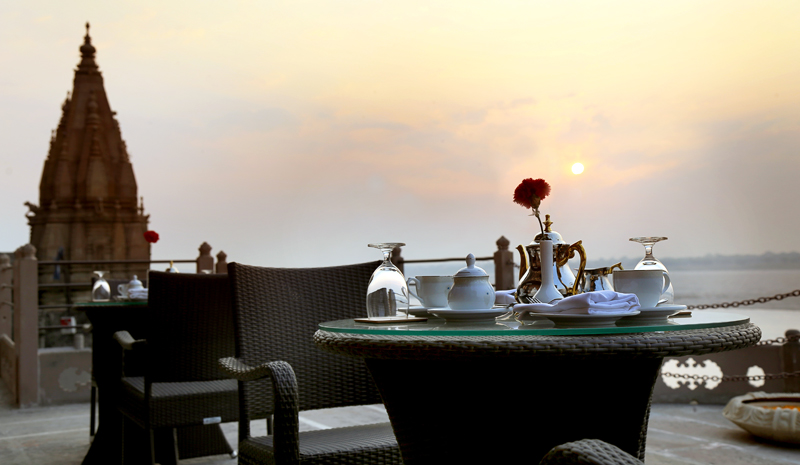 Sometimes, in order to get the best views of the Ganges, it’s worth taking a step back. In the heart of Varanasi, the Brijrama Palace offers a luxurious place to unwind, as well as a lovely perspective on the river (given that it directly overlooks the Darbanga Ghat, the hotel doubles as an excellent venue for languid sightseeing). In addition to its open-air terrace restaurant, the Brijrama Palace even offers a private riverboat dining experience, should you crave a culinary accompaniment to your Ganges travels. 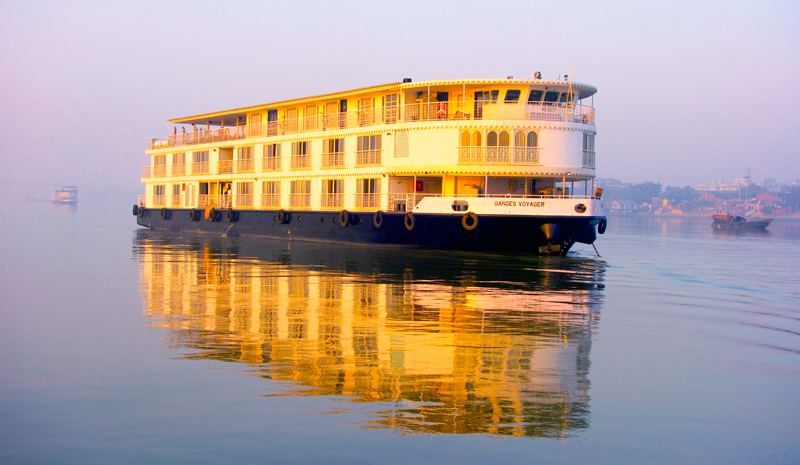 For an especially elegant way to travel the Ganges, it’s hard to do better than the Ganges Voyager. This luxurious cruiser embarks on multi-day itineraries that transport travelers from Kolkata across the country. Along the way, there are plenty of fascinating stop-off points and opportunities to discover riverside landmarks and communities.

Whether you’re drawn by the Himalayan views, crave the adventure of white water rafting, are studying yoga or are simply intrigued by the aura of…

The Ganges Voyager: A Look Inside the Spectacular Ganges River Cruise

River cruising in India doesn’t get much more memorable than the Ganges Voyager. Not only is the vessel a luxurious way to travel — it…