India’s capital is generously studded with the biggest names in hospitality. From The Oberoi to The Leela, the Taj Mahal to the ITC Maurya, world-class hotels in Delhi come supersized, with all the sophisticated service, lavish menus and state-of-the-art facilities to match. However, a glimpse beyond their glittering towers and rolling lawns reveals a chaste flock of beautiful boutique hotels. From breakfast on a pretty balcony above the city’s skyline to a lovingly restored Mughal haveli, these are the best independently owned boutique hotels in Delhi. 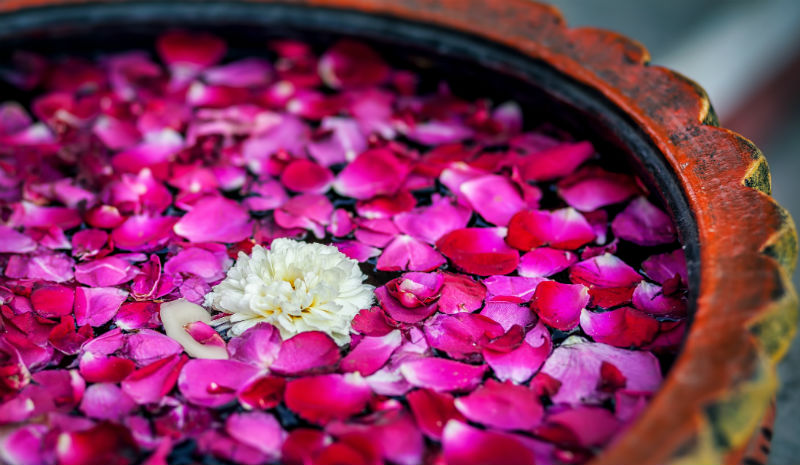 No relation to Claridge’s of Mayfair, this smart, independent, colonial-inspired hotel nonetheless wields as much prestige. Nods to a bygone era—elegant 19th-century architecture, Ye Old Bakery’s thick wedges of Victoria sponge—are contrasted with chic, contemporary décor and a state-of-the-art spa. Add in a sparkling pool flanked by muslin-draped cabanas, and The Claridges combines the best of both worlds. 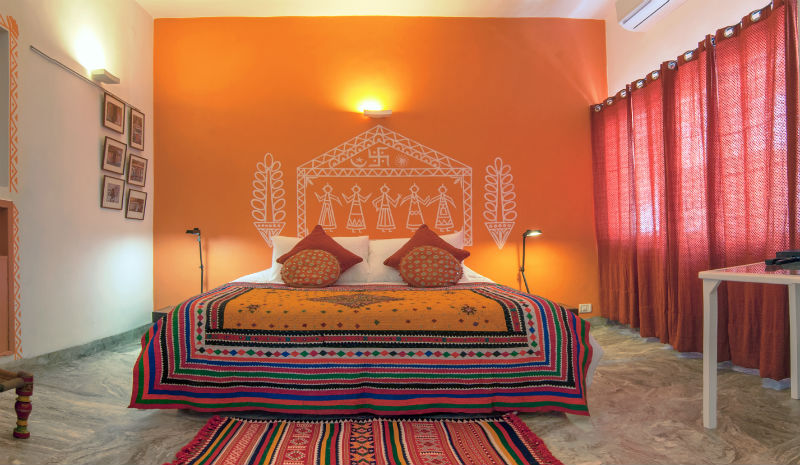 Hauz Khas is undoubtedly the cool end of town, and Haveli Hauz Khas embodies every inch of its eponymous neighbourhood’s panache. Antique furniture, beaded and embroidered wall hangings and well-worn kilim rugs lend this Delhi boutique hotel heaps of style, with savoury potato parathas a winning contender for the best breakfast in town.

The highlight of Colonel’s Retreat is breakfast (and lunch, and dinner) on its zinnia-festooned rooftop. Tuck into buttery banana bread with homemade jam while seeking out the pearly domes of Humayun’s Tomb and the Lotus Temple. The second highlight, only by a margin, is its location in the leafy environs of Defence Colony, a quick tuk-tuk from all the blockbuster sights. 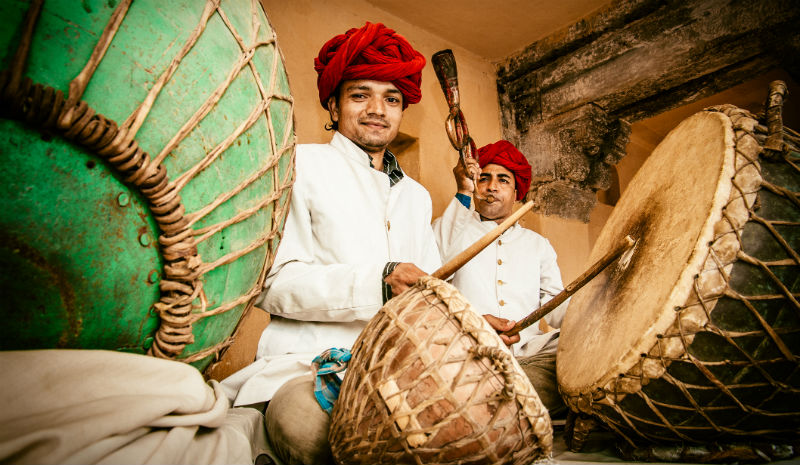 While many of Delhi’s boutique hotels carve out a hip, contemporary edge, Haveli Dharampura prides itself on its unique, rich heritage. Restored from dilapidated ruins, it continues to reflect Mughal grandeur throughout. A talented team of artists put on entertainment most nights, from Kathak dancing to classical Indian music, and there’s an opportunity to fly kites on the rooftop every evening. 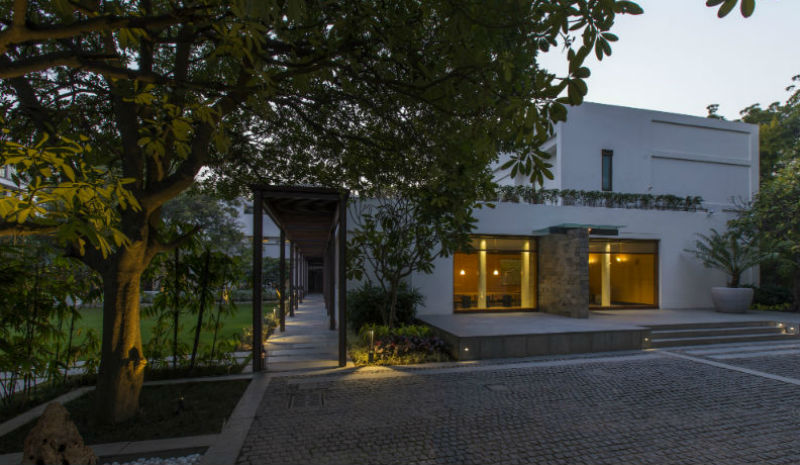 A contemporary villa set in immaculately tended gardens, The Manor is Delhi’s oldest boutique accommodation and has successfully held its own as India’s luxury hotels rise to the fore. Over the past 20 years, a surfeit of competition has threatened The Manor’s monopoly somewhat, but its tasteful portfolio of 14 guest rooms, central location, remarkable cuisine and intuitive attention to detail keep it ahead of its game. 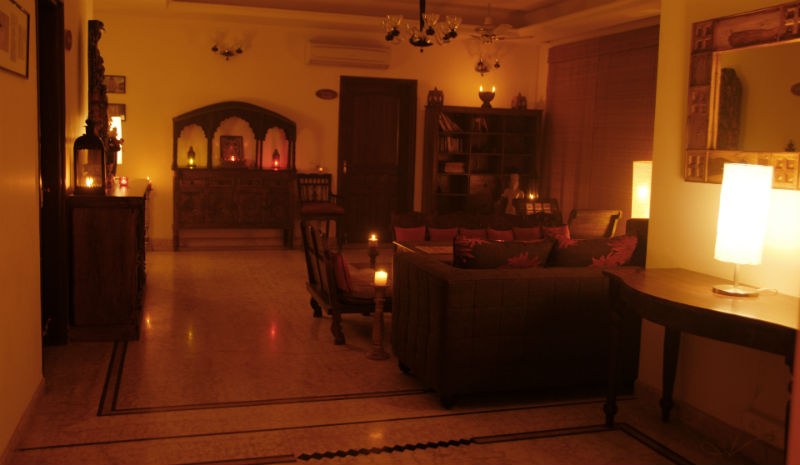 Delhi’s definitive boutique hotel, Shanti Home comprises a tasteful clutch of 17 individually styled guest rooms. Blinds are drawn down against the hotel’s proximity to Indira Gandhi International Airport, with beautiful Indian-inspired décor, tastefully arranged lounge areas and the romantic flicker of candles creating a tranquil oasis away from the hustle. 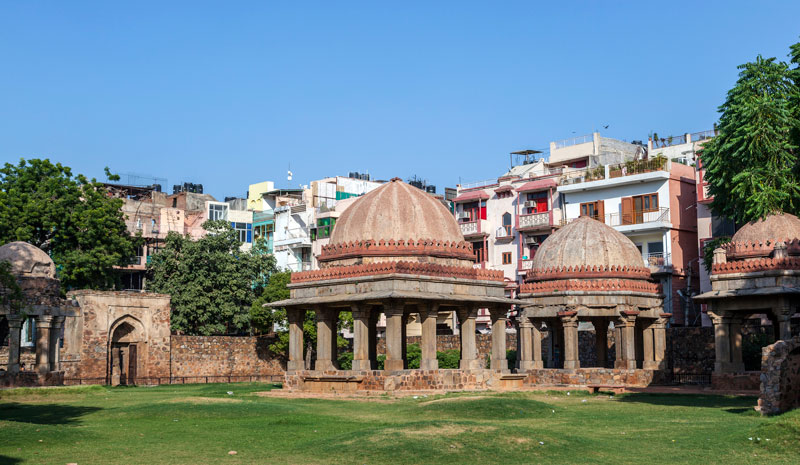 A chic quartet of airy guest rooms on the fringe of Hauz Khas, Scarlette New Delhi is helmed by charming French duo Pauline and Elisabeth. This particular Delhi boutique hotel fashions itself on a traditional bed and breakfast, complete with morning croissants served on your own, private balcony.

A Luxury Shopping Guide to Delhi

The Best Places to do Yoga in Delhi

With its cacophony of high-octane hustle and sensory stimulation, there are few other cities in which the cool respite of a yoga mat appeals as…

50 of the Best Luxury Hotels in India

From historic palaces to mobile tents, tea plantations perched upon Himalayan peaks to languorous houseboats, each of the best luxury hotels in India promises a memorable—and…