Every corner of India is dedicated to god. Marigold-garlanded shrines, candle-lit temples and elephant-headed effigies span the length and breadth of it. There’s plenty to worship here, from the 33 million divinities that make up the Hindu pantheon to Allah, the Buddha, Sikh gurus and Jain tirthankaras. With each of India’s big five laying claim to unique pilgrimage sites across the Subcontinent, here are we travel to 10 of them in search of the holiest city in India. 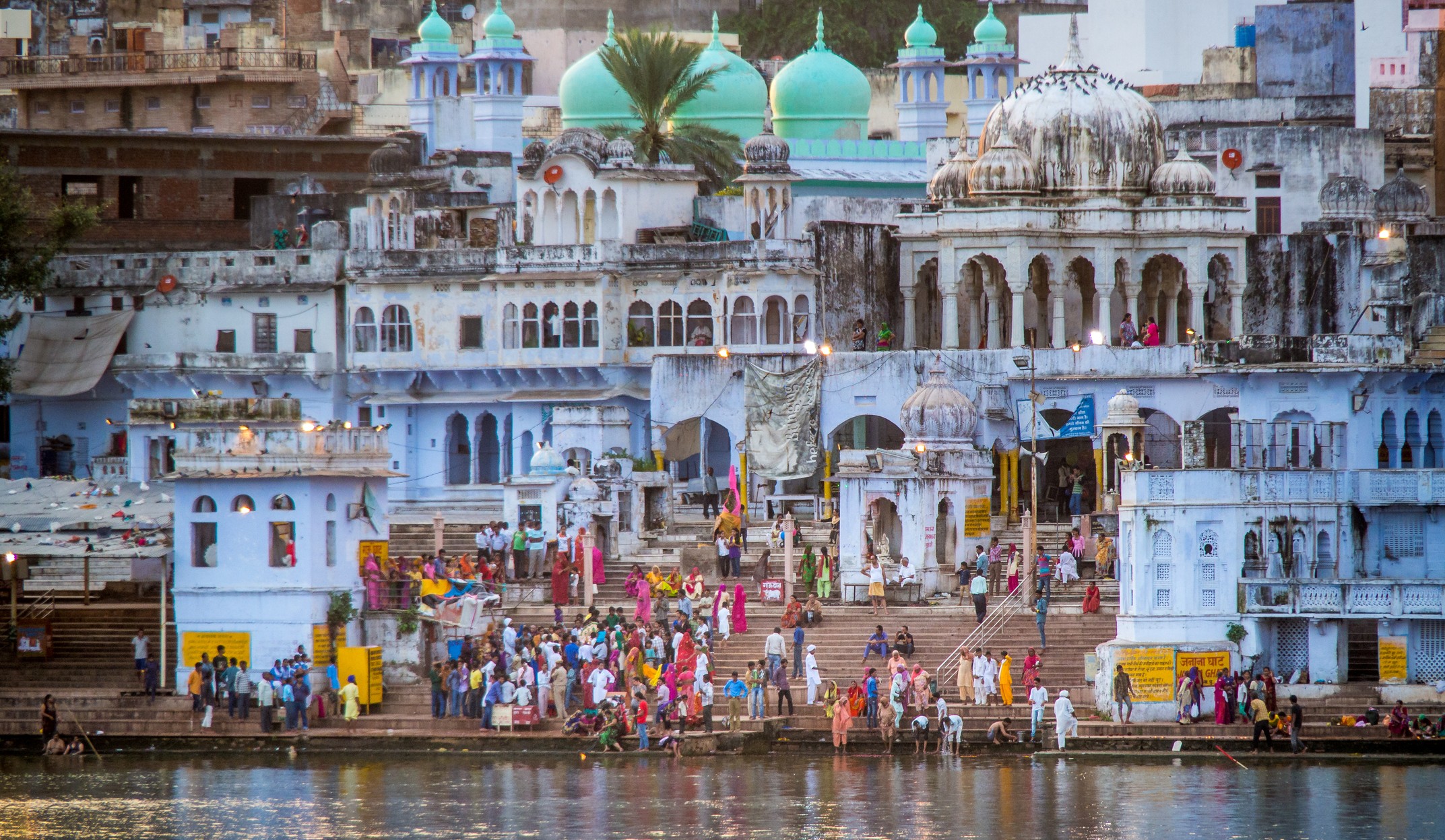 Although it rose to guidebook fame for its loud and colourful camel fairs every autumn, Pushkaris more important among pilgrims for its ghats, which step down into the holy waters of the tranquil Pushkar Lake. A must-visit on any holiday in Rajasthan, spend a few moments soaking up the lake’s atmosphere, before seeking out the red-domed Brahma Temple, a site of Hindu worship for more than six centuries.

One of Rajasthan’s oldest cities, Ajmer is an important Muslim pilgrimage site for its Sharif Dargah. The white marble shrine is clustered around the imposing Akbari Mosque, home to the tomb of Mughal emperor Akbar himself and commissioned by the legendary Shah Jahan. 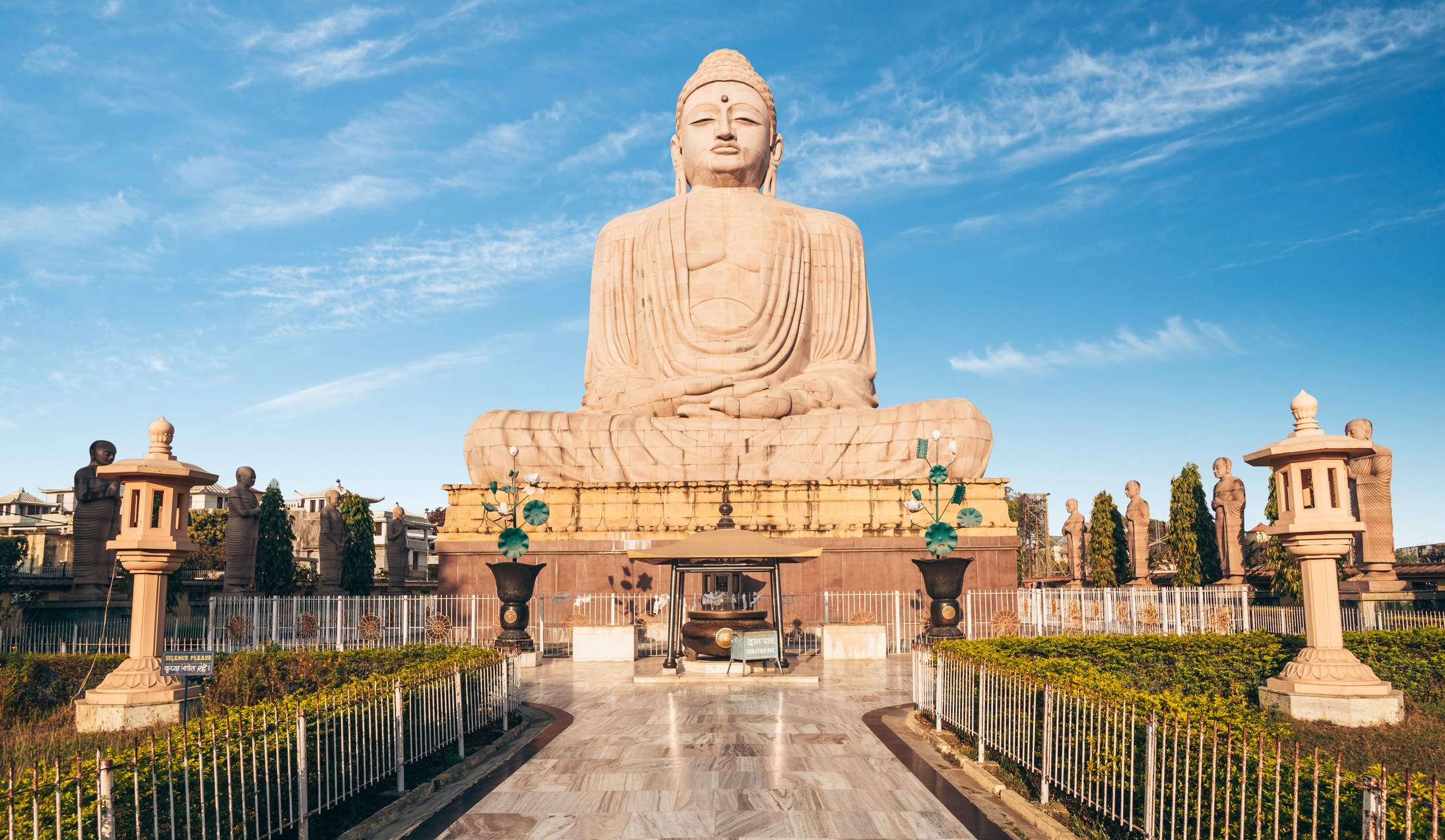 Rising up above the north eastern Himalayas is an immense seated stone Buddha. It marks the village of Bodh Gaya, where the Buddha achieved enlightenment beneath a bodhi tree around 2,500 years ago.

Spilling down through the cedar-forested slopes above Dharamshala, McLeod Ganj is home to Tibetan leader-in-exile, the Dalai Lama. His eponymous temple is a tranquil retreat of prayer wheels, vivid Buddhist shrines, hushed meditation halls and pretty gardens. 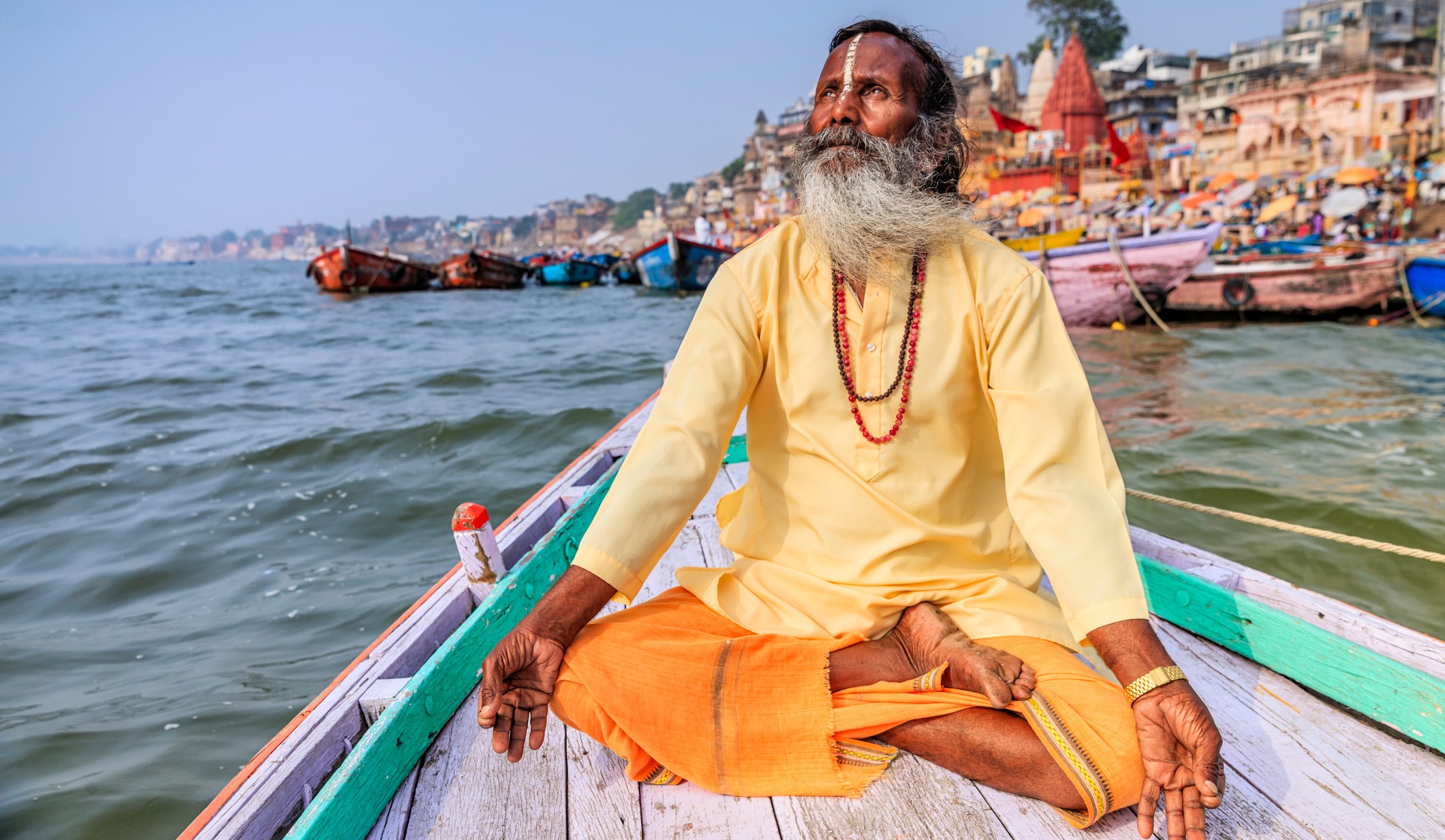 Considered by Hindus as the holiest city in India, to die in Varanasiupon the banks of the Ganges River is to be liberated from the infinite cycles of reincarnation. Witnessing this visceral oscillation between life and death is certainly humbling and is one of the most arresting experiences on a holiday in East India.

Gleaming at the heart of Amritsar is the Golden Temple, making this the holiest city in India for Sikhs. Surrounded by a vast tank of holy water, it’s one of the serenest sights of North India. Follow thousands of daily visitors into the inner sanctum to glimpse the holy book, before enjoying a meal en masse in the Langar. 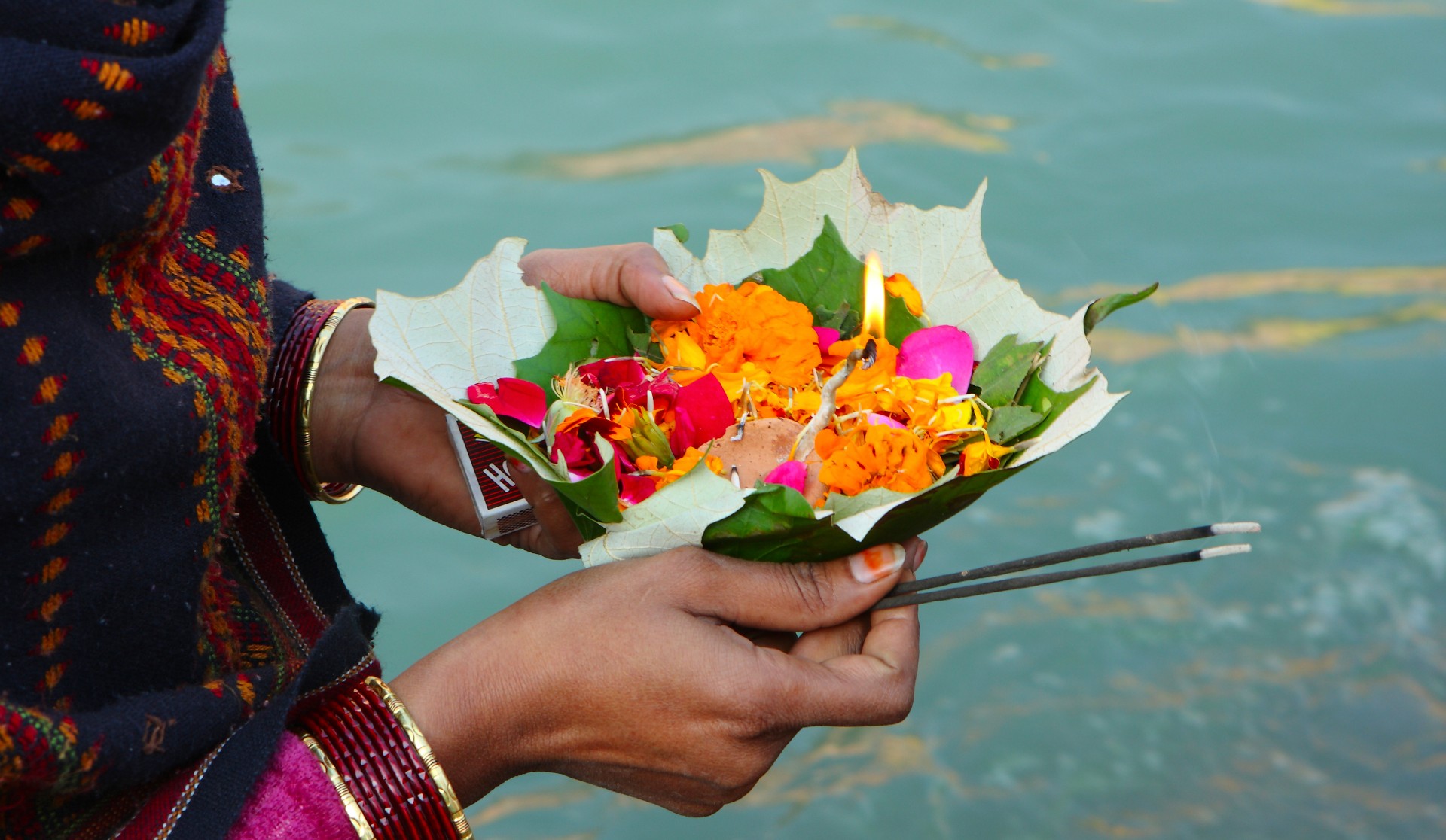 Every evening at sundown, throngs of pilgrims flock to the Har Ki Pauri ghat for the Ganga Aarti. This marks the spot where the sacred river leaves the mountains for the plains of India, and it’s here, beneath great plumes of incense, that she’s fervently worshipped with devotional hymns, candles and flowers.

A stone’s throw from Varanasi, the deer park at Sarnath is where the Buddha first shared his four noble truths, offering the road to liberation from suffering. Thousands of Buddhists journey here from across the world in search 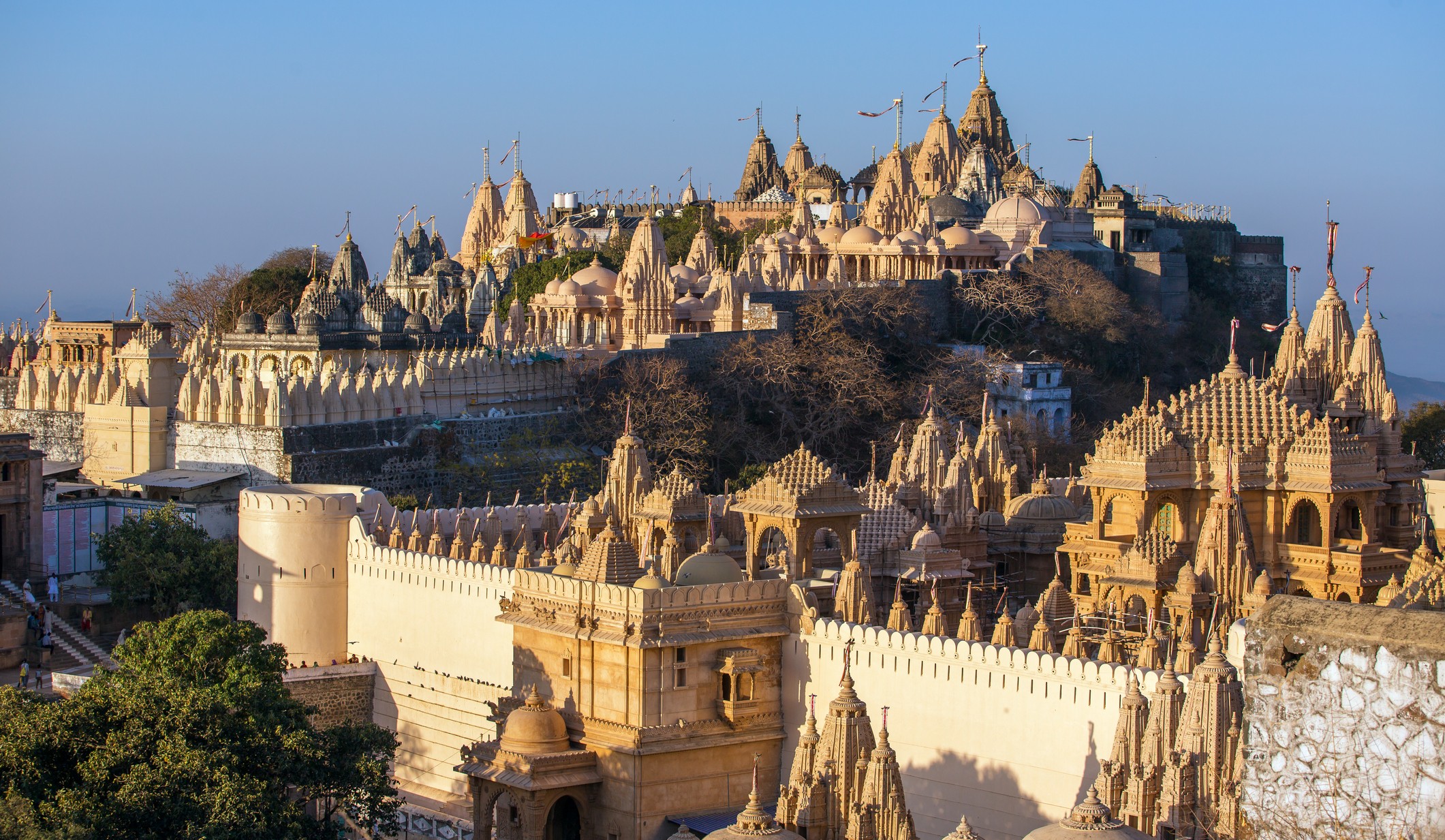 The first Jain tirthankara, or ford maker, meditated upon the hills of Palitana in Gujaratsome 2,500 years ago. It’s this that inspired subsequent Jains to construct more than 900 marble and stone temples here, making it the largest complex in the world.

It might have arisen to fame on the back of The Beatles, who settled at the Maharishi Mahesh Yogi’s ashram in the 1960s, but Rishikesh’s holy reputation far precedes its celebrated visitors. Monks and holy men have been pilgrimaging to these shores on the Ganges for centuries in search of higher wisdom.

There’s no religion more color-saturated than Hinduism. India is a country that erupts every spring with rainbows of Holi powder, where temples are painted in vivid…

The Sacred Temples of Kathmandu

If you didn’t know Nepal was Buddha’s birthplace, you will soon after you arrive. It’s a flag that the tiny country, perched on the Himalayan…

India is always a vibrant destination — and that’s especially true during its festivals. Time your visit with Diwali, Holi, Durga Puja, or a number…