When Anu Dillon Singh arrived as the first woman at Mela Kothi, a hunting lodge in the tranquil Chambal valley, she had little idea that she’d be instrumental in transforming it into a sumptuous retreat offering high-end boutique hospitality. An hour from the heat and hustle surrounding the Taj Mahal, Mela Kothi–The Chambal Safari Lodgeis heaped in history and family-run charm. Here, Anu shares what makes it a must on any Agra itinerary.

You and your husband rescued what was his family property from disrepair. How did you go about renovating it? 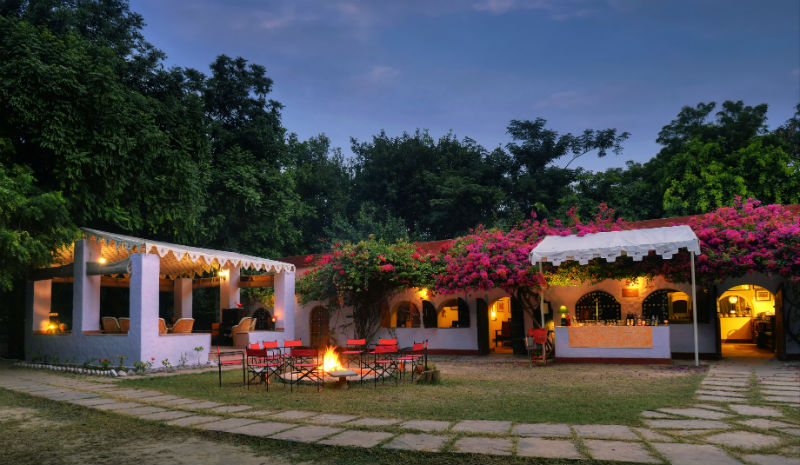 “My mother-in-law and I were the first women to set foot in the Mela Kothi, as late as 1997. It had served as the field office for the family-run bi-annual animal fair, and occasional hunting lodge for visitors—a fiercely protected men-only bastion that we gleefully stormed that sunny winter afternoon! There were repercussions; my husband perceived as ‘head of the family’ after the death of my father-in-law, was asked to control his women-folk, and I fell in love. With the towering trees and ruined arches of the Kothi, and all over again with the man I married for being wise enough to know he could not, or should not, ‘control’ anyone, least of all a fiercely independent mother, and an equally headstrong wife!

The romance soon gave way to pragmatism, and occasional despair as the enormity of the task dawned upon us. It was a slow process, painfully so at times, but the renovation, part restoration, and extensions all grew with us, evolving as we did, encapsulating our desire to live in harmony with nature, and yielding to her rather than bending her to our will.

It has taken us the better part of 10 years to bring the Kothi and the grounds back to life, reconstituting it one gentle arch after another. It is a labour of love, and will never be done, and therein lies the joy and the purpose.”

Which is your favorite area of The Chambal Safari Lodge? 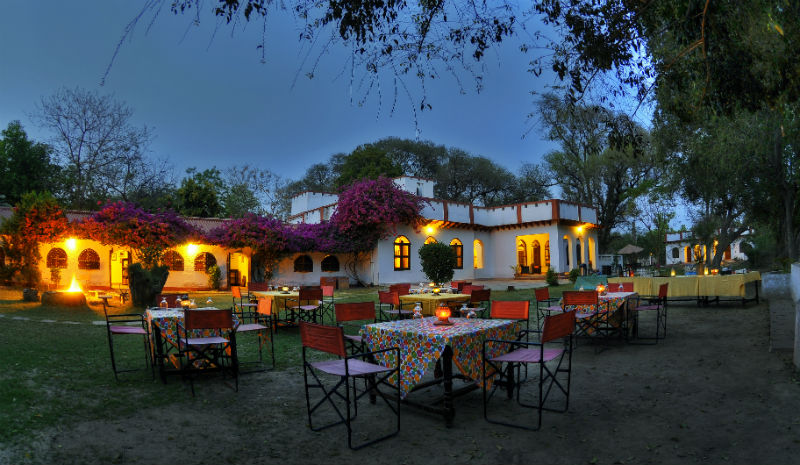 “The area in front of the Kothi and stable block, with its row of Putranjiva trees lined up, sentinel-like, providing shade and bird song in abundance. It is the perfect spot for our al-fresco lunches, and ideal for an afternoon nap in the hammocks strung between the trees.”

You and your husband are pioneers in conservation and environmental science. How has this influenced the way you operate Mela Kothi–The Chambal Safari Lodge? 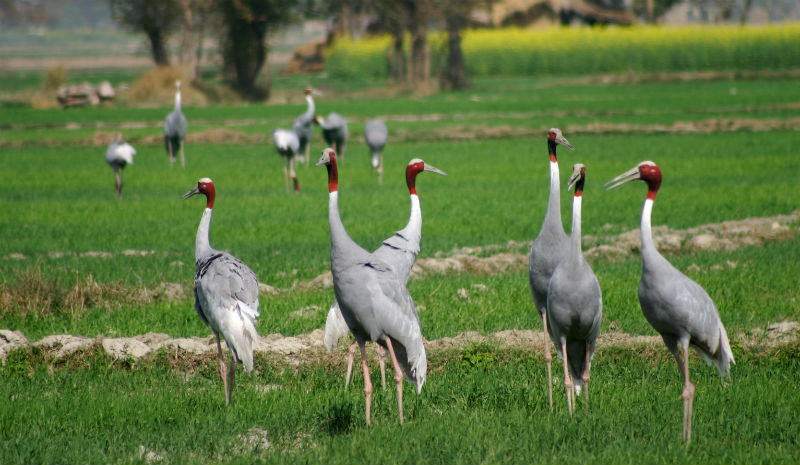 “The lodge, first and foremost, is our home. We nurture it, as it nurtures us. It has a special place within the local community, and now progressively within a larger community of eco-conscious visitors from around the world. We operate the lodge conscious of our responsibility to the environment, and the community.”

Did you know then that it would be a safari lodge, bringing visitors from across the world to Mela Kothi? 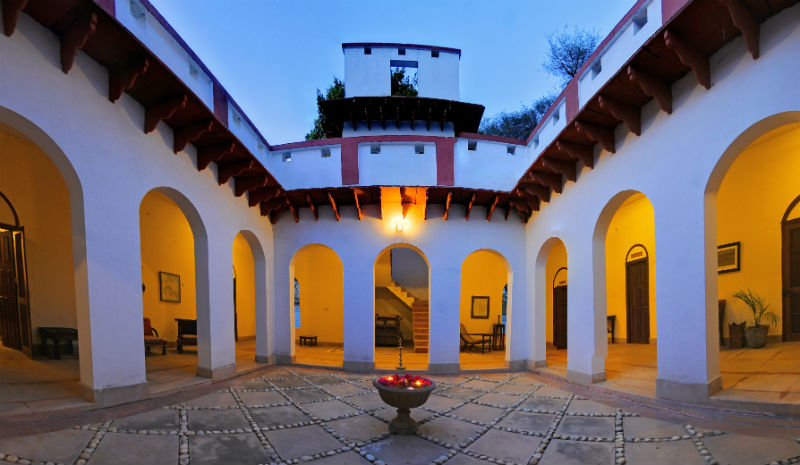 “I would love to say I had a grand vision and knew exactly what I was doing, but that couldn’t be further from the truth!

It was the birth of our son Sumer that prompted us to turn our back on our successful but stressful careers and life in the big city. We were both interested in environment issues, and keen to try our hand at alternate livelihoods including sustainable farming. We arrived in Jarar with a three-month-old baby and nothing but a vague romantic notion of living life differently.

The ladies’ section of the old haveli (mansion) in Jarar was akin to living in a deep well with a distant patch of sky high above. Not a leaf in sight except for the straggly sacred tulsi in the inner courtyard. The Mela Kothi represented fresh air and freedom, the country life I had grown up with in a liberal army-farming background in Punjab. I decided to move into the Kothi, and that was that. No running water, no electricity, missing doors and windows et al. But space, air, light in abundance!

We knew we wanted to share the charms of the Chambal valley with a wider audience, but it was really the pressing need to protect the National Chambal Sanctuary from the twin threats of poaching and illegal sand-mining that made us realize we could only do so by putting the sanctuary onto the international map. Bringing in visitors, creating awareness, generating income, and thus ensuring protection because the ‘eyes of the world’ would be upon it.

We started by hosting scientists, ornithologists and wildlife enthusiasts, exploring and conserving the natural heritage of the valley. Along the way, we rediscovered the unique architectural and cultural heritage of an area that finds mention in ancient texts and an oral tradition dating it back to the epic Mahabharata. The simple shrines and vibrant animal fair at Bateshwar, the glorious battle-scarred ruins of Fort Ater, the wilful folly of the British—the Great Hedge, the trail of the great uprising of 1857, all engaging stories that spoke to us and slowly became part of the bouquet of experiences that we were able to offer visitors with varied interests.”

What would you recommend guests do while staying here? 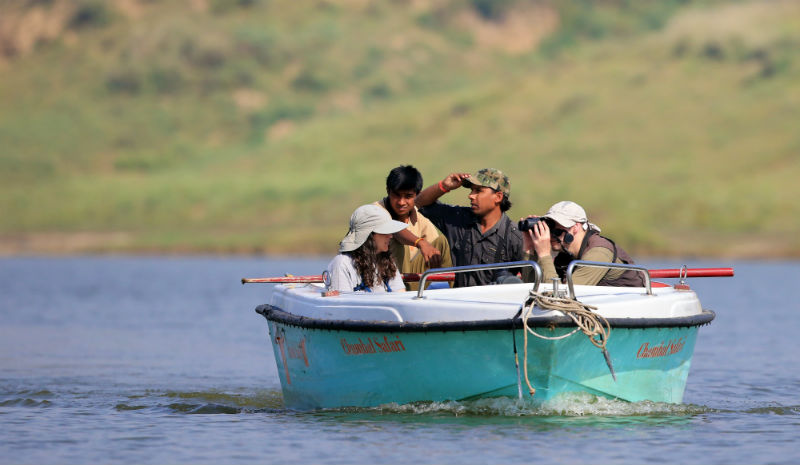 “The River Safari is a definite must-do. It is an amazing experience through a timeless landscape. It is difficult for people travelling through the tourist hot spots to imagine that a pristine wilderness exits so close to the teeming crowds of Agra. The river, ravines, wildlife and peace that pervades is truly magical.”

Can you tell us a little of the history of the place? 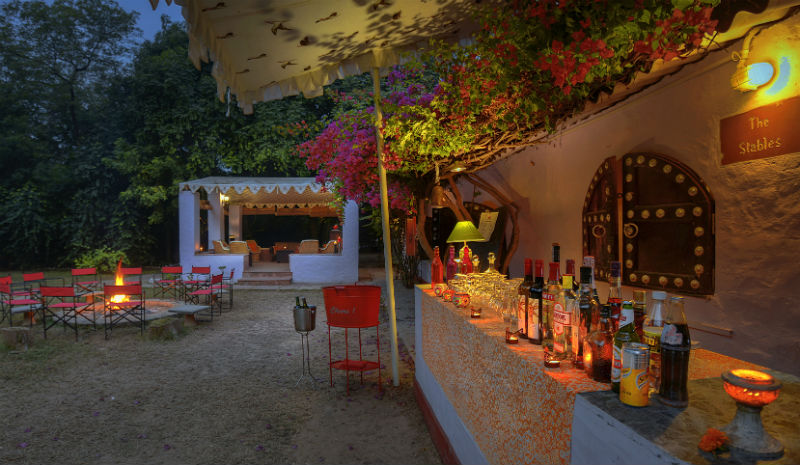 “The Mela Kothi was set-up in the 1890s by my husband’s great grandfather Rai Saheb Suraj Pal Singh as the base camp for the family-run animal fair. The fair, in its heyday a source of great prestige and a substantial income, began to dwindle as farming became more mechanised and the family less inclined to innovate. By the time we arrived in the late 1990s, the fair had all but ended, and the Kothi was on the verge of collapse.

It gives us great joy that the Kothi is again abuzz with activity, has visitors from far and wide, generates an income for the local community, and once more occupies pride of place in its sphere of work.”

When is the best time to visit? 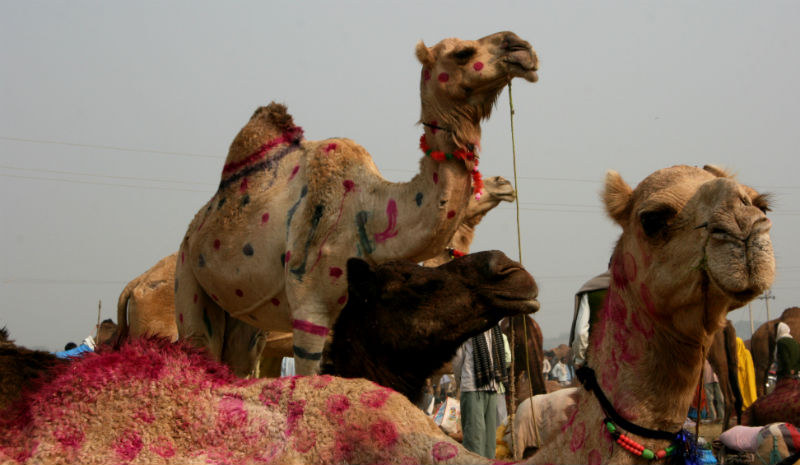 “The animal fair at Bateshwar is a particularly interesting, starting a few days before Diwali, with cattle, horses, camels, donkeys and ending three weeks later as a religious fair with sadhus, pilgrims, shops and fairground attractions. A brilliant kaleidoscope of color and tradition.”

Flying the flag for responsible tourism, Greaves was recently awarded Runner Up of TOFTigers International Tour Operator of the Year. We’re fastidious in supporting TOFTigers…