Sri Lanka excels at dazzling white shores, crystalline waters and blistering blue skies. But beautiful beaches are not its only draw. The island’s abundance of indigenous medicinal herbs and ancient tradition in natural healing and wellness has ushered its age-old Ayurvedic wisdom to the fore. Blended with the country’s prime world-class hospitality, it makes for some seriously restorative downtime. Here are a few of our favorite Ayurvedic resorts in Sri Lanka. 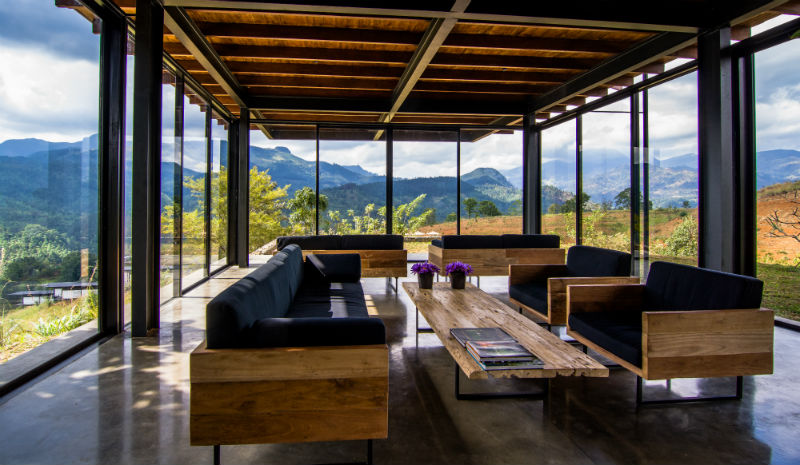 The leader of Sri Lanka’s Ayurvedic pack is Santani. This sleek retreat reclines coolly in the emerald swathes of a tea plantation, its 20 exclusive chalets gazing out across the valley. Daily massages, yoga and bespoke treatments are interspersed with dazzling feats of haute cuisine that are tailored to your specific dosha, or body type. 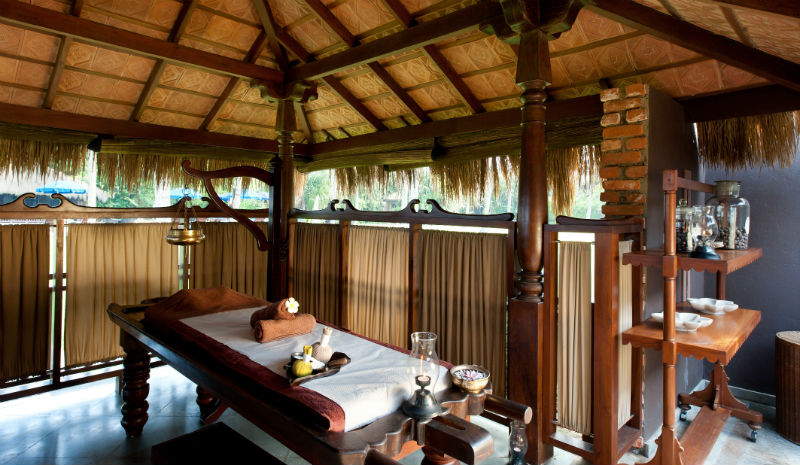 Set modestly back from Wadduwa’s raw coastline, 90 minutes south of Colombo, Reef Villa & Spa is a tasteful nod to the faded colonial elegance of Sri Lanka’s past. Its Plantation House is all louvred shutters, balmy terraces, wicker armchairs and dark teak furnishings, a nostalgic glance back to the British Raj. For a full flavour of Ceylon-era indulgence, step into the spa, where a luxurious abhyanga—a soothing full body massage with warm herb-infused oil—awaits. 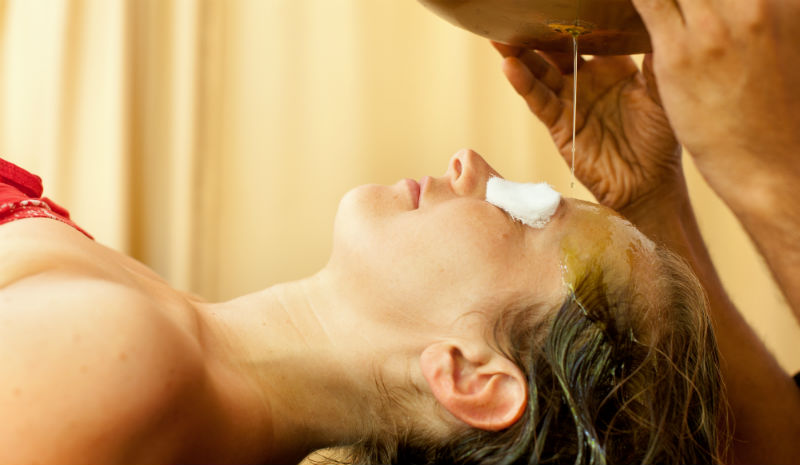 The deeply rejuvenating Panchakarma cleanse is Ayurveda’s diamond, and Surya Lanka Ayurveda Beach Resort is where to find it. Exquisite surrounds, highly skilled doctors and therapists and highly effective treatments makes this escape in Talalla Bay a magnet for serious health seekers. 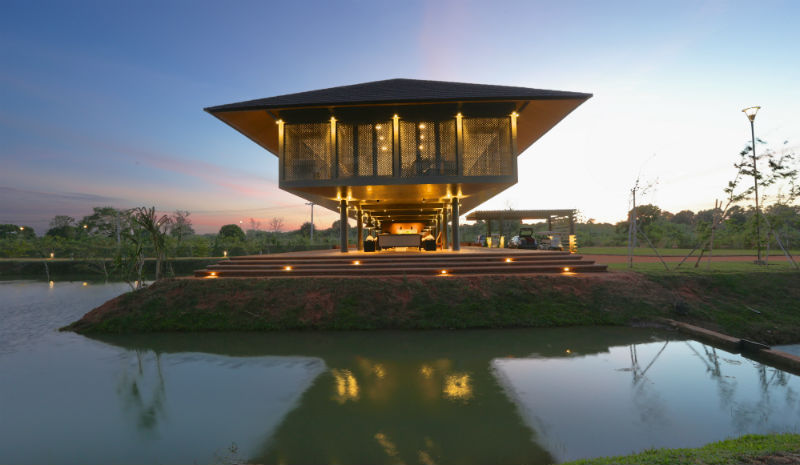 Sigiriya is an ancient 200m high boulder on the top of which is constructed a fifth-century palace—it’s one of Sri Lanka’s most impressive cultural sites. Stay in Water Garden Sigiriya’s exclusive cottages, 6km away, for a direct view. But the giant boulder isn’t the only appeal of this luxurious escape. Venture into the spa, overlooking a serene expanse of water, for a fragrant sandalwood and turmeric scrub to slough off the effects of a long flight. 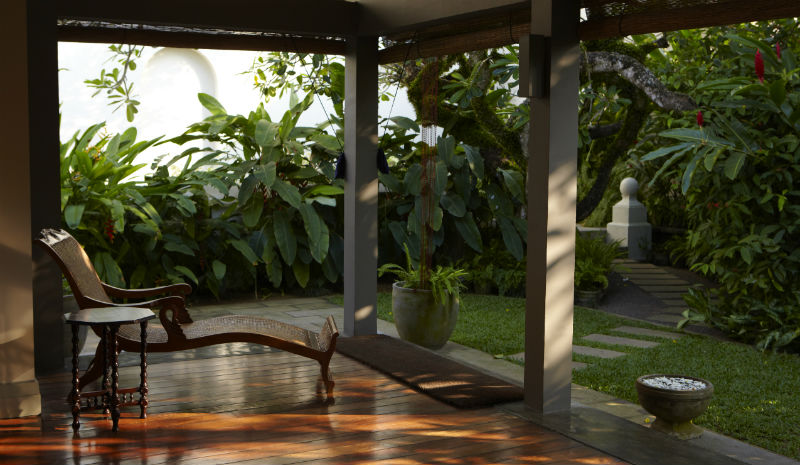 A stone’s throw from Galle’s 400-year-old fort, Amangalla is a sumptuous urban haven that offers tranquil respite from the heat and hustle beyond its walls. “The Baths” spa includes candlelit plunge pools, steam rooms and daily yoga classes. Its highlight? A consultant doctor who’s continuously on hand to administer some of the best Ayurvedic treatments you’ll find in Sri Lanka. 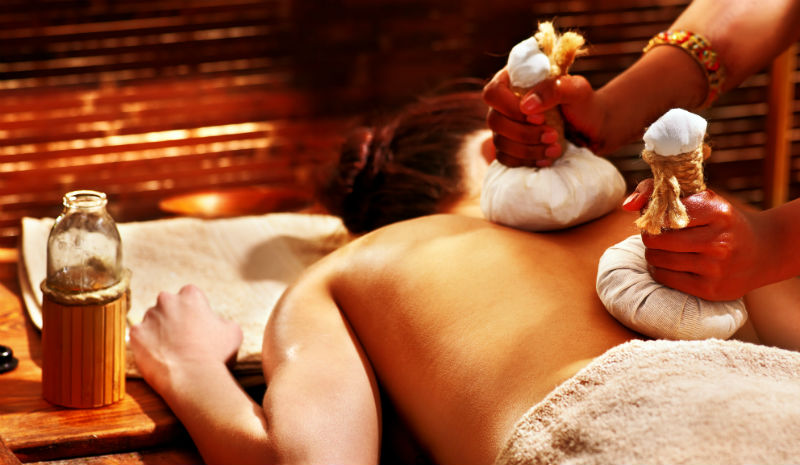 There’s little more romantic than an Ayurvedic spa treatment à deux in an exclusive tropical sanctuary overlooking the teal waters of the Indian Ocean. Post-abhyanga, unwind in a private cabana on the beach, and sip on something fresh and frothy from the Poolside Bar. Antara Peace Haven Tangalle Resort’s forte is dreamy experiences—and many of those are featured in its treatment menu. 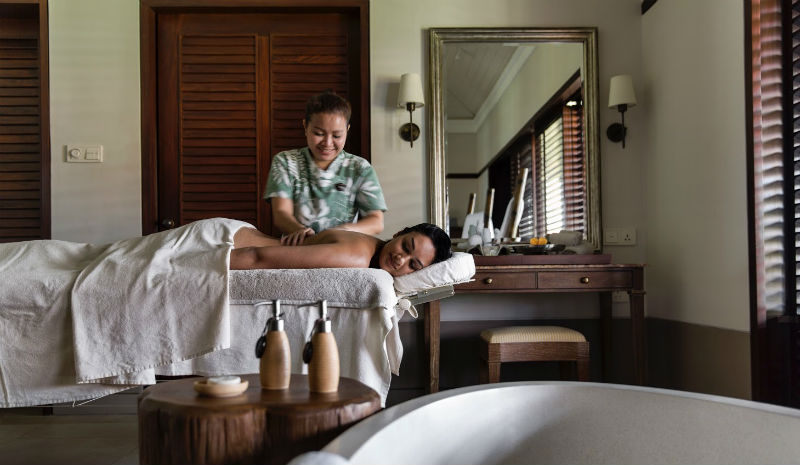 The focus of Cape Weligama’s Spa Villa may not be strictly Ayurvedic, but its treatments are deliciously indulgent and draw on Sri Lanka’s wealth of healing herbs and medicinal plants. Stretch out on your private veranda for a massage, the crash of the waves below a soothing soundtrack. Chase it with a steamy herbal soak in your stone bathtub before reclining on your gauze-draped four-poster for an afternoon doze.

The 50 Best Yoga Retreats in India

Yoga has undoubtedly evolved since its core sutras were coined some 1,700 years ago by the sage Patanjali. And while there are some dubious spinoffs…

Seven of the Best Luxury Resorts in Kerala

From an exclusive yoga retreat on a porcelain-white beach to a dip into Fort Kochi’s flourishing art scene, through Alleppey’s sleepy backwaters and up into…